The Prebooked Poetry Introductions involves six individuals who have yet to publish a short chapbook or full-length collection of poems. Each poet, chosen through open submission, will read in a ten-minute reading slot.

Ger Duffy lives in Co Waterford. She received a Mentoring Award in Poetry from MLC in 2021. Her poetry has been published in Slow Dancer Press (UK), The Womens' Press (UK), Voxgalvia, Pendemic, The Waxed Lemon, Drawn to the Light Press, Local Wonders, Southword, Cathal Bui and The Ekphrastic Review.

Lucy Holme is a poet from Kent who lives in Cork. Her poems feature in Southword, Poetry Birmingham Literary Journal, and Wild Court amongst others. She is studying for an MA in Creative Writing at UCC and her debut chapbook, Temporary Stasis, which was shortlisted for The Patrick Kavanagh Award, will be published by Broken Sleep Books in August 2022.

Mona Lynch, poet, short story writer and memoirist. She did an MA in creative writing in 2018 aged 78. Published in the Examiner, Echo, the Quarryman twice, and Holly Bough. She produced a book of stories and poetry in use in Traveller’s literacy classes in prisons throughout Ireland. Awarded a Munster Literature Mentoring Fellowship in 2021.

Joanne McCarthy writes in Waterford in both English and Irish. She is co-editor of the literary journal The Waxed Lemon and she is currently reading poetry at the Seamus Heaney Centre, Queen's University Belfast.

Niamh O'Connell is a Cork based poet. She was a 2021 Young Writer Delegate for the West Cork Literary Festival. Her poetry has appeared in publications such as The Quarryman, Bealtaine, and Marble Poetry. Niamh graduated from Newcastle University with an MA in Writing Poetry in 2020. 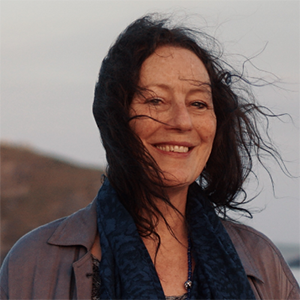 Afric McGlinchey is a multi-award-winning poet from West Cork, Ireland. Her collections are The lucky star of hidden things and Ghost of the Fisher Cat (Salmon Poetry), both with Italian translations published by L’Arcolaio. A surrealist pamphlet, Invisible Insane (SurVision) appeared in 2019. Her most recent publication is Tied to the Wind, a hybrid childhood memoir, published by Broken Sleep Books.

“Tied to the Wind is a book of intense sensations, and kaleidoscopic atmosphere. I could almost feel its heat, smell its exotic fragrances. Beautiful and transporting.” — Sara Baume 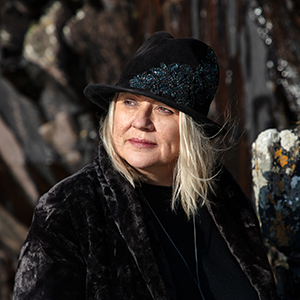 Dairena Ní Chinnéide is a bilingual poet. The most recent of her eleven published collections is Tairseach by Éabhlóid (2021). deleted by Salmon Poetry (2019) was her first collection in English. She has received numerous awards for her writing including Irish Language Literature Bursaries from the Arts Council of Ireland, Ealaín na Gaeltachta, and a Patrick and Katherine Kavanagh Fellowship. Dairena is a former broadcaster and journalist, television producer and interpreter. 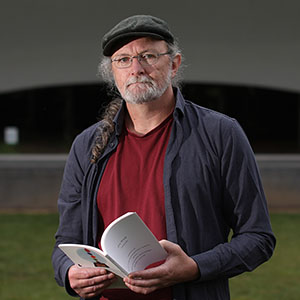 Moderator Paul Casey’s poems have most recently appeared in Days of Clear Light (Salmon Poetry) and Local Wonders (Dedalus). His second collection Virtual Tides was published by Salmon in 2016. It followed home more or less (Salmon, 2012) and It’s Not All Bad (Heaventree, 2009). He teaches creative writing, edits the Unfinished Book of Poetry and promotes poetry in his role as director of Ó Bhéal, Cork. 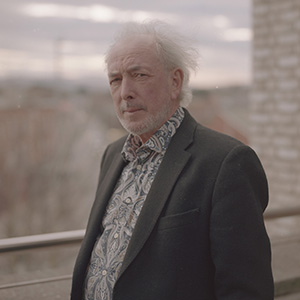 Michael O’Loughlin was born in Dublin in 1958. He has published seven collections of poetry, including Poems 1980-2015, and most recently Liberty Hall (2021). He is also a critic, screenwriter, translator and commentator. He lived for many years in Spain and the Netherlands but now lives in Dublin. He has been Writer Fellow in Trinity College Dublin, and has held Residencies in Galway, Riga and Paris. In 2017 he was the UNESCO City of Literature Writer in Residence in Prague. The Poetry Programme (RTÉ) described him as ‘The brilliant urban fox in the landscape of Irish poetry.’ He is a member of Aosdána.

“Liberty Hall shows that O’Loughlin remains a disruptive thinker, disinterring platitudes, labels and nationalities. He is a quizzical intellectual, equally at home and displaced in all cultures.” — Dermot Bolder, Sunday Business Post 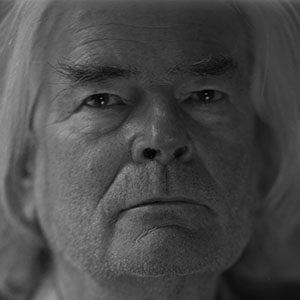 Maurice Riordan’s Shoulder Tap appeared from Faber in October 2021. Previous books include A Word from the Loki (1995), Floods (2000), The Holy Land (2007) and The Water Stealer (2013). He edited The Finest Music, an anthology of early Irish lyrics in translation, and A Quark for Mister Mark: 101 Poems about Science. He has received the Michael Hartnett Award, a Cholmondeley Award and a PEN translation award. He is former Editor of The Poetry Review and Emeritus Professor of Poetry at Sheffield Hallam University. Born in Lisgoold, Co. Cork, he lives in London and teaches at the Faber Academy.

“Riordan is an exceptionally accomplished herdsman of words, corralling the unexpected into a single field and stoically soaring above his own doubts.” — Kate Kellaway, The Observer 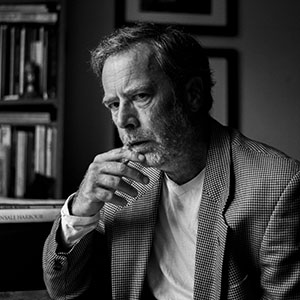 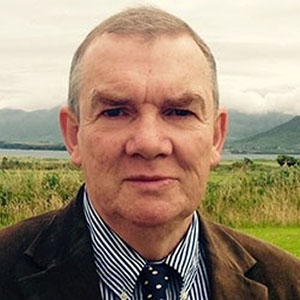 Thomas McCarthy was educated at University College Cork and worked for many years at Cork City Libraries. His published collections include The First Convention, The Sorrow Garden, Lost Province, Merchant Prince and The Last Geraldine Officer. His Pandemonium, 2016, was short-listed for the Irish Times/Poetry Now Award and his new collection, Prophecy, was published by Carcanet Press UK in April 2019. Awards include The Patrick Kavanagh Award, The Alice Hunt Bartlett Prize, The Lawrence O’Shaughnessy Award for Poetry and the Annual Literary Award of the Ireland Funds. His prose-book, Poetry, Memory and the Party, was published by Gallery Press in 2021. He is a member of Aosdána.

Buy Poetry, Memory and the Party from the Gallery Press.

“For those interested in literature, this is addictive reading material, offering unparalleled insight into the many joys and sundry frustrations of someone who determined early to devote himself to the pursuit of his literary vocation.” — Clíona Ní Ríordáin 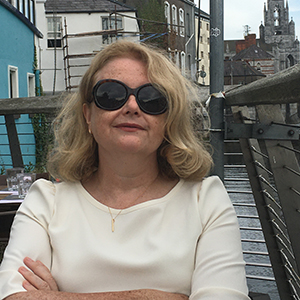 Rachael Hegarty is a Dubliner. Her poetry is widely published and broadcast. Her debut, Flight Paths Over Finglas won the Shine Strong Award in 2018. A child survivor of the Dublin and Monaghan bombings, her May Day 1974 collection has received national and international acclaim. Paula Meehan hailed Rachael’s Dancing with Memory as a biography of a mother charted through generations of dance, deft sonnets and noble villanelles. Rachael’s next collection, Wild Flowers Made Me is due out in spring 2023. Rachael’s kids say she uses the 3 F-words too much: Finglas, feminism and feckin’ poetry.

“What an extraordinary book this is. What a challenge, to give voices to the dead. And how triumphantly Rachael Hegarty succeeds, how utterly convincing these poems are in their delicacy, their humor, and the truth of their language; how well her words become these people, who now become the protagonists of their own lives. There are many lovely things here, in this book that is full of love.” — Ciaran Carson 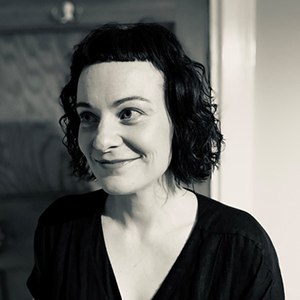 Gail McConnell is from Belfast. She is the author of The Sun is Open (Penned in the Margins, 2021), Northern Irish Poetry and Theology and two poetry pamphlets: Fothermather and Fourteen. The Sun is Open was shortlisted for the John Pollard International Poetry Prize, was a Book of the Year in the TLS and The White Review and Poetry Book of the Month in The Observer. With Conor Garrett, Gail made Fothermather into a BBC Radio 4 arts programme and another, The Open Box, will air in April 2022.

Buy The Sun is Open from Penned in the Margins and visit the poet's webpage.

“McConnell’s self-delighting way with words, her dynamic sensitivity to their movement and modulations ... make for poetry of luminous intelligence and intuitive formal vitality.” — Maria Johnston, Dublin Review of Books